March 05, 2019
I decided to talk about how my depression and anxiety keeps me from working. I admit I am a mess. I admit I need to see a therapist but can't. My old therapist, I liked her. Back in April of 2018, she left due to personal reasons and the place gave me a doctor who wasn't helping my case at all. I am trying to get disability, I was denied upon seeing social security's doctor. Could it be that Social Security thinks mental illnesses aren't that big of a deal? Is it that SS thinks that mental illness doesn't affect your workability? Mental illnesses are misunderstood, if someone reaches out, they get bashed and shammed, called an 'attention seeker' or invalidated. 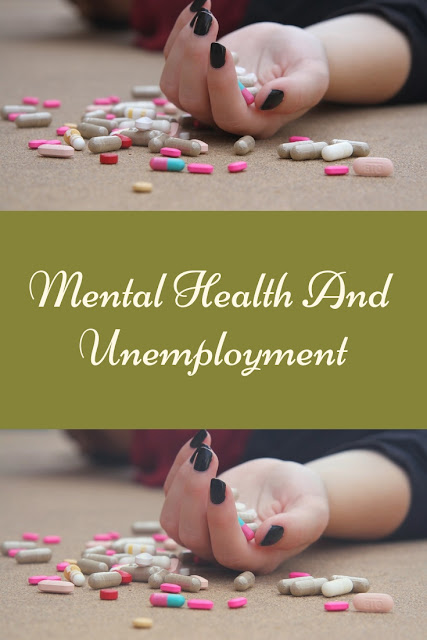 Yes, there are people with mental illness who work. Let's think for a minute, the job can be making the person's mental health worse. The person has no time to heal because they have to keep going into the setting that's making them worse.

I saw this photo in my Facebook feed and I agree with whoever wrote it. Think about a person constantly having to go to a job making them worse. That person who just killed themselves, they could have already been feeling low and some jerk at work decided to make it worse. They were denied SSI. They most likely had no friends or family to help them.

On most jobs, you have to have a smile on your face and an optimistic attitude all the time. I never smile in my selfies, because I am just so tired of putting on a mask. I hardly have the energy to smile and wave. When you have depression, the simplest task like taking a shower leaves you tired. However, ignorant fools who don't understand depression can't see this. Imagine a depressed person calling in sick because they're deep into their depression and have no mental strength to deal with the public. They're fired for taking too many days off. They're fired due to customers complaining about their attitude. The person has no energy to smile and wave for hours a day.

Look at this photo of me from 2017, now tell me you wouldn't feel unsure about an employee with this look on their face when you walk into a store. I look like I don't give a care in the world, right?

Sometimes yelling at the person will make them even worse. I have an example where I was yelled at and I starved myself as a result. Self-harm isn't always cutting your arms and legs. when I was in band my Jr. year, I was on the flag girls, I struggled on a certain move. The director lost his patience and yelled at me. That did not help. I wasn't messing up on purpose if that's why he did it. Also, I tried burning myself with my InStyler when a friend harshly rejected me because I like, liked him. I mean if you only like someone as a friend, what's wrong with ' I just wanna be friends.' or 'I am not ready for a relationship.' Him going off on me for having feelings was not necessary.

On The Anxiety Side

Certain things make me anxious like fast-paced environments, being around a lot of people, being rushed, sudden unexpected changes. A lot of things stir up my anxiety. Anxiety-wise I just cannot be in a crowd. I  get startled when my mom calls my name. I stutter when nervous or anxious. When I stutter my mom makes bold assumptions that I am lying. Imagine an employer thinking that I am hiding something when I stutter. I have anxiety caused chest pains, stomach aches, and other things. In general, I feel that retail jobs and such will just make me worse. I don't care what ANYONE says. I am putting my mental health and my well being FIRST. Taking care of your mental health is very important. If I feel that working from home is my best bet, you best believe, I will work towards that. If I feel that I am worth more than being treated poorly, then so be it.


Mental Health Services Are Not The Best

Let's be real, sometimes the mental health services in the US is dog crap. Not all doctors are well educated on mental health. I even faced this myself where I was given a doctor who clearly had no training what so ever. I had a feeling this guy as bull shitting me. For starters, he groups me with everyone else with my disorders. He doesn't listen to me nor wants to understand me. He said 'there are people with autism who work.' That is the WORST thing you can say. The worst thing you can do is compare a person to someone else. Does he not understand more people with autism are unemployed than any other disability?!

He claimed there was no documentation of my autism diagnosis. Then when my mom was looking for something, she saw a paper that had my autism diagnosis on it. Clearly, he doesn't understand autism is different in females than in males. Therefore most females do not get a proper diagnosis. I was diagnosed at 14. Therefore It's pretty common to find out at a later age about autism. Some studies say girls can 'mask' their autism therefor, we are not believed.

This SOB invalidates my Vertigo because 'there was no record of it.' I went to the doctor the next day and guess what? The nurse said that it was on file that I had Vertigo. In this guys head, if he can't see it written down somewhere or your traits are different, you don't have X conditions. I feel a doctor who invalidates me because I have different traits isn't doing anything for my mental health.

My Home Doesn't Help Me
I am not lying with what I am going to tell you, my folks verbally abused me. My grandma will put me down if I don't do something 'right' and I am instantly put off from doing anything. If I can't handle being good enough for my mom or grandma, do you really think I can handle not being good enough for a boss? No, I will not be able to handle that.

People who deal with mental health have to fight with their head everyday of course that will be a strain on someone's mood.

If getting a job was easy, we would do it. Don't judge if you do not know the situation.