The Time I Faced My Anxiety

March 12, 2019
I told you in this blog that I developed social anxiety after a girl went off on me for asking her what she's doing for the summer. As a result, I became a cyber introvert. This was almost 10 years ago. The point is I made an attempt to come out of my hole. I will explain how I came out of my hole and it felt great even though I didn't get the result I wanted. 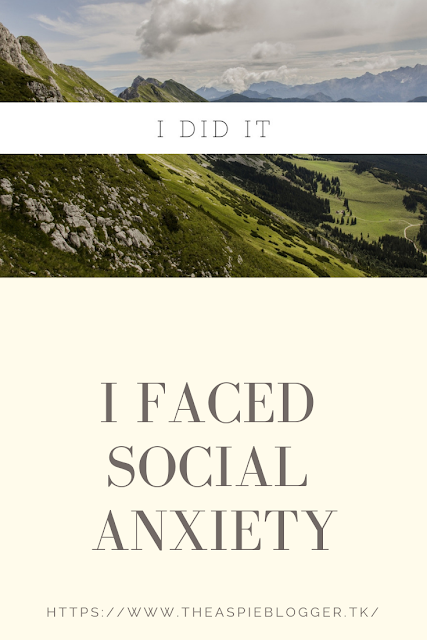 I am a gaming nerd. I have been playing games since the Atari era. I love a game called Undertale. I found out about the game last year when I would watch YouTube videos of a game called Minecraft Story Mode and people in the comments kept saying a character in the game reminded them of a character in Undertale, so I watched the first 10 minutes of a walkthrough on YouTube. I didn't think I would like the game. I loved it after I played it. This will be unusual for those who are not gamers or if you have never heard of Undertale/Deltarune. Deltarune is a game that came out Halloween of last year. You can look up these games if you want more info. I will give you a little backstory leading up to beating social anxiety.

When Deltarune came out no one knew anything because the game's creator asked people not to talk about the game for a day. Then he made a Twitter longer post answering questions he thinks people are gonna have. Then he mentioned he had Deltarune in the works at the same time as Undertale. I felt he didn't have to go through all that trouble for us fans. I made a thankyou render because I felt he could use the thanks.

I didn't make this as a getting noticed by a celebrity scheme. I did it out of the bottom for my heart. Note that I never sent anyone fan art outside of renders I made my friend for his birthday. I never got a response when I sent it. I'll never know. Sometimes when you don't expect something you don't know how to react. Although Undertale inspired me, it took me a year after I played the game to start making renders again. I feel the Undertale creator won't lose his shite over an email (unless you spam, he may do it in a respectable manner), unlike that girl who called me annoying over asking her what her summer plans were. It was hard fighting my anxiety sending someone I look up to fan art. Growing up with social anxiety isn't easy. I am not mad about not getting a response as I stated before.

It may seem like an odd story but it was one of the rare times I faced my social anxiety. I felt it would have been more meaningful if I sent the render to the guy. I hope I get the courage to send fan art to other people I like more often. This doesn't mean my anxiety is gone. It was just a slow step. I am still socially anxious. it's just times I wanna talk and times that I don't.

Feel free to leave your stories of times you beat your anxiety in the comments.