Your Feedback Is Useless

July 16, 2019
I am a content creator. I made YouTube videos, blog posts, art, etc. People will give you feedback on what they feel can be better. However, their 'feedback' didn't really help me. Please read the blog before you comment. 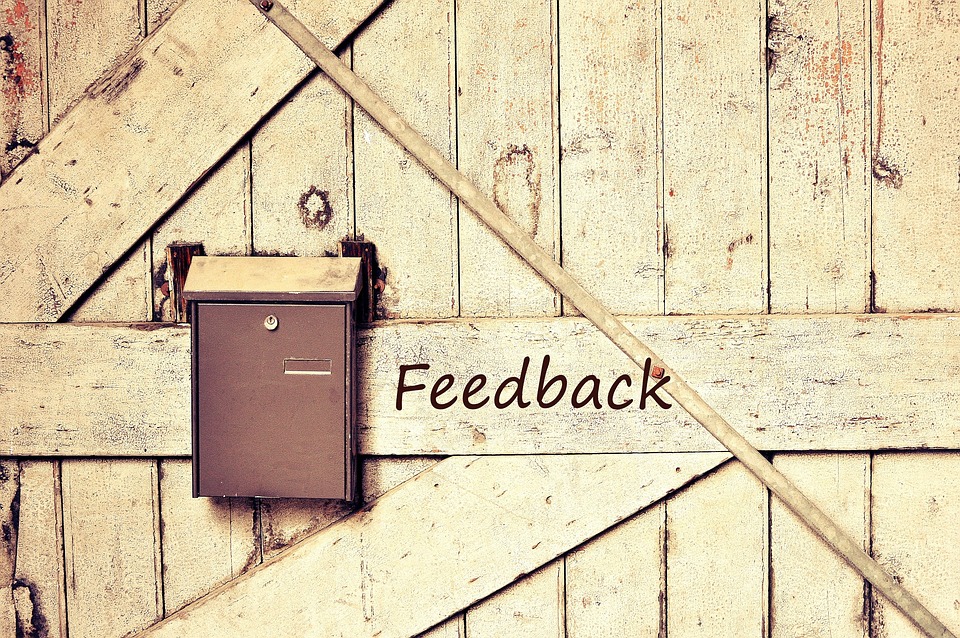 I just want to say that your feedback isn't helping the creator if you're just pointing out all of the flaws in the creation and don't offer tips on how the person can actually make their stuff better. I had trouble getting interaction on my Facebook page. This person looked at the page and DMed me their 'feedback.' All they did was say how my page doesn't tell them what I am about but didn't give me a single tip on what I can change about my page to make it tell them I am a vlogger or a blogger. All they did was complain about the 'negative' posts that I made, no tips on the posts I am suppose to put on the page.  If they had of said 'your X doesn't tell me you're a blogger.' And linked someone else's page as a guild or helped me optimize it. I could have made them an admin so they can optimize it.

This is saying not to give feedback. This is just saying that your feedback isn't helping anyone if you're pointing out everything you don't like about a video with no tips on how it can be fixed. It doesn't look like feedback. it just looks like you're just nitpicking. Also, slamming the creator for 'not being able to take criticism' just makes you look like a narcissist.

You're not even giving helpful tips. If someone leaves me a 2-page essay on everything wrong with my video and I don't see not one tip on how it can be fixed, it's my parogitve to ignore it and not accept the feedback. Also, telling someone how their video should be because you don't like something isn't feedback. When I first started my Aaliyah Holt channel. This person tells me how long my vlogs should be. Saying my video should be under 8 mins. The video was about a minute or so over. They are seriously crying over 1 MINUTE.

If they don't like vlogs over a certain time frame that's them. Go watch someone who makes 5-minute vlogs. Depending on the vlog, it would be impossible to condense it all into 5 minutes anyway unless I just do a time-lapse video.  I can see it if the video was 20 minutes but it was literally 8 minutes and something seconds. EIGHT minutes.

They were telling me to make short videos over an EIGHT-minute video. I admit some editing could have been put into the video. It was my first time and I was barely learning the features that Filmora had.  They couldn't expect me to learn all of Filmora's features in a day. I just hate that people say small YouTubers have to make short videos without thinking that depending on the video, the person cannot merge 20 minutes of footage into a 5-minute video. I think as long as the person can keep the viewer hooked, it doesn't matter how long the video is. If you don't like videos that are X amount of minutes long, you are not that person's target viewer.
If you are doing a let's play, the video should be at least 15-20 mins. You get to more of out the game. Think how long it would take them to beat the game making the episodes 5 minutes long vs 20 minutes. I personally like to call it an episode at a checkpoint so if I get tired I can save and close the game and the next checkpoint maybe 30 mins away. That's something I cannot control.

If you're going to give feedback, don't just say 'your thumbnails need work,' actually tell the person some tricks that can add in their thumbs.

I hope no one takes this wrong. To me, it's not feedback wanting me to change something because it's not your preference and I'm the one getting 'offended' or can't take criticism. Just because YOU don't like it, doesn't mean I have to change it. Just because YOU prefer I don't read the text when I play games like Undertale doesn't mean I should stop, thus putting off people who actually like it when I read the text.
Unless people unanimously agree it's not working, I can't just take one person's consideration. To me, it's not feedback if you're just leaving me an essay on everything wrong with my video and I don't see not one tip on how the issue(s) can be fixed. It's no different than going to the doctor to find out why you're sick. he tells you why you're sick but don't offer a treatment plan. When you give feedback to give the person tips to fix the issues. If their thumbnails can be better say 'the text is hard to read, add the so and so effects in your editor to bring it out.' They know what effects to use to bring out their text.

Here is the video if you wanna see it.

Roberto Blake talked about this and I agreed with him. In fact, his video inspired the one I made.

This is Roberto Blake, a YouTube guru. Even he thinks this way. You should listen to him.