Hate Is NOT Constructive Criticism

August 13, 2019
In the content creator industry, people have a very missed up thinking when it comes to feedback on YouTube (or anything). When will people learn the difference between explaining POLITELY why you didn't find a video helpful vs outright hating on that person's content just because YOU don't like it? 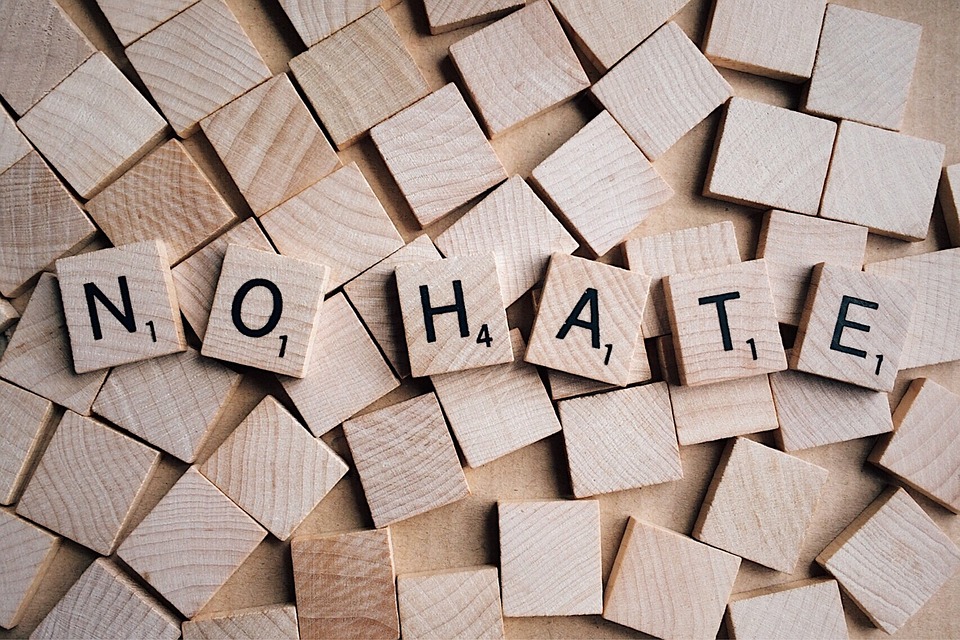 I decided to work from home. I decided to build my cryptocurrency blogs such as Weku, Whaleshares, etc. I still want to do some freelance writing. I decided to vlog about my self-employment journey on YouTube in hopes that anything is hard but it's up to you to put in the time and effort. I made a video on why you should work from home. This guy, who clearly didn't watch the video, hated on it just because he didn't like it/my content. And some people tried to defend him saying it's criticism. Not showing names since I don't want a witch hunt.


Here is the video if you wanna see it.


Another girl, who clearly didn't watch the video, defended that POS. If you defend a bully you lose my respect. No ifs ands or buts about it.

These people like to form their thought on your videos based on the short summary you give rather than watching the video and then forming their thoughts. I admit it, no one is going to like everything. This is why we have all types of content on YouTube. No one's content is 'useless' because you don't like it. YOU may not find it useful.

However, someone else might. All he did was complain about how useless the video is and made rash judgments without seeing the video and people wanted to call that feedback. He just assumes I don't have a job which is true BUT I explained in the video I turned to self-employment due to my constant struggles with finding employment due to autism and other issues. He would have known that if he watched the video.

I even said in the video people on Pinterest post all sorts of guilds for work-at-home jobs. Had he and the chick who defended him watched the video, they would have heard me mention the people on Pinterest. I also make blog versions of my videos to cover info I might miss or forget to add. I provide extra info that the bullying duo choose not to look at. If you agree with a bully you are one, simple as that. There was one guy who was the only smart one on the thread and he agreed that the guy went too far and could have just blocked me and moved on. KUDOS to that dude! Remember if you choose to act like garbage just because you don't like something then you have a problem.

Also, no one forced him to watch my video so it's no one's fault but his. Did someone put a gun to his head and made him watch the video? No? Did someone make him be a complete POS? No? Then he had the option to just keep scrolling, hide my posts from his feed or blocked me. Being a POS was easier for him. He must want to waste his time hating.

Instead of shaming creators for 'not taking criticism' relook at how the criticism was given. Which do you think would have helped me? 'This video is useless. No one wants to watch this.' Or ' I agree with your points to an extent, however, why not give people tips on how they can work from home? Imagine finding a video on why you should go vegan but the person doesn't give you hints on how you could go vegan. You know, tell people they can't expect to get rich fast since that what some people think. Tell them they will have to work hard.'  Now if you think the first option is feedback someone needs to smack you.

If you don't like someone's content, then don't watch it. No one is making you. If you want to make judgments without watching someone's video then you look stupid in the end. I bet he would pick up a book, look at the title and assume the book will be bad instead of reading the first chapter first. You can make whatever excuses you want defending these bullies.
I forgot to mention on one post I closed comments because I didn't want any more drama and he came in my inbox harassing me. He thinks I am a 'waste of space' yet he is a shitty person attacking people who have done literally nothing to him. You shouldn't be bullying whether they did something to you or not.

I didn't even know this guy existed. I can't expect a POS to have the common sense to just hide something you don't like. I bet he would go to Mcdonald's to complain about how bad their food is because HE doesn't like it when no one is forcing him to eat it, the manager makes him leave and he goes on Facebook to message Mcdonald's harassing them. I bet my money he'd do that. Similar situation. I didn't appreciate him harassing me on my post. I closed comments and he messages me harassing me like he's better than everyone. It just goes to show how people act when you show you will not stand for their BS.

If you didn't find a video helpful in a nice manner, tell the person what was missing from the video. Sometimes we don't have room for things or forget. It's not that hard. Stop defending hate as criticism. It's no different walking up to someone calling them fat and ugly and passing it off as criticism. Stop being a gaslighter. People are hateful but that does not mean you have to be hateful just because someone else is. Be a leader, not a follower. Are you going to steal because other people do it?

I honestly think people's way of thinking can get so messed up now a days.