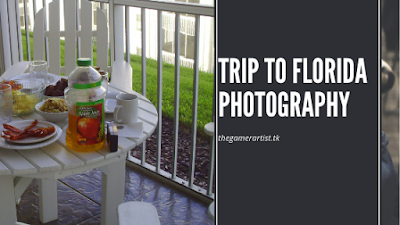 I will be blogging my trip to Florida. I will be posting some of my travel photos. I would love to travel as a job someday. Maybe it will happen someday since I have my crypto blogs. I would love to go back to Florida someday. I love to explore new places. I was so excited when my folks told me about taking me to Florida. My grandpa helped pay for my plane ticket and my mom bought me a camera to take photos and videos. That was my first camera. It's broken as of now.
I loaded most of my photos on my computer before the camera broke thank, Pete.
In the summer of 2009, I went to Florida with my grandma, my aunt, and one of her friends. We went there via plane. And rented an apartment and stayed there. It was better than a hotel because we were able to buy food and cook. Each day of the week, I did something fun, what good is traveling, only to stay at your hotel the whole time? Traveling is supposed to allow you to explore new things.

We went on a tour of the Kennedy Space Center, there were 3 parts of the station, we took a shuttle bus to each center, and got to explore the station. It was a fascinating experience to see this space center. I'm a nerd. We saw a launch simulator which was beyond neat. I am glad this camera doesn't have a flash since they do not allow flash photography.


It was a bit fun exploring the station. We even saw a little iMax film about astronauts. 3D films are out of this world!

The commute back was horrible due to traffic, but that's Florida, right? I'm not from there, but I know of traffic being in Chicago. I also went to the pool after getting back, I needed it when I went to Florida it was the hottest time of the year. I went at the end of July or the first week of August. Tuesday, we toured other places in Florida no footage or pictures from that, because I felt it wasn't fun, it was more of taking care of business. I was a kid, I was not into that kind of stuff. Nor did I understand what was being done.

Looks good, does it? It was really nice to eat on the patio, there was a screen on it so we didn't have to worry about bugs or creatures getting into the food. There were lizards at the part of Florida I was at.


It would have been nice if I got more vlog footage.

My grandma took this photo while my aunt and I were on the ride, we even went on a Spider-man simulation ride, it was cool, this is so much better than Six Flags. The visit was short when it rained and everyone had to leave. It was horrible getting out due to the traffic.

The cast let me get a photo of them, I got a photo with them, sadly my aunt has the photo. Sorry for the quality, like I said, from 2009, when I didn't know much and my camera wasn't the best or I didn't have it on the right quality. I took some poor quality photos while waiting for dinner to start. Again, this is from 2009, and I didn't know much about working on a camera.
my grandma and I took photos on the patio. I cannot find the photo my grandma took of me.

We were by a nice lake. That was just beyond awesome if you ask me. It was the best view. I like places with a nice view. 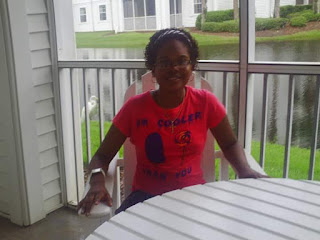 Wait. Here is the photo of me on the deck. Near a nice lake. If there were a hurricane we'd have to leave. Florida was so hot that week I was there. 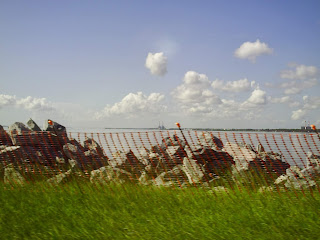 I would like to visit Florida again. Maybe when it's not so hot and rainy. I will be making more photography blogs like this.

I enjoy photography. It makes me feel free.

This photo is a great view of the ocean. It was amazing seeing the ocean for the first time. Living in the midwest you just see lakes and rivers. 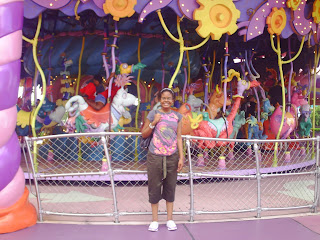 This photo was at Universal Studios. My favorite place. I wish I could go to Six Flags. Maybe someday. That would be a little travel opportunity. Travel opportunities mean more photos. More travel blogs. I will do one for Fox River and for a Festival I went to in Will County.


I do hit a block when I write these blogs. I will try to improve ways to come up with ideas to blog about. I like to travel with someone just until I get the hang of things. If I get a chance to travel. I will take as many photos as possible. I like to have memories to look back on.

It's nice I was able to prepare for blog every day in September in such short notice.