September 23, 2019
This blog will have different phots.
I have to make several parts because I took so many photos. These photos are from my sudden trip down south. I said it was sudden because it was unplanned and unexpected. One of my aunts passed and the folks down south planned the funeral LITERALLY the week after my aunt died leaving me and my grandpa little time to get down there, save up enough money, etc. 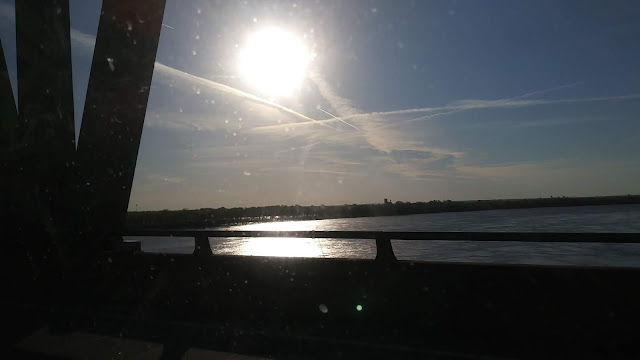 Since the next time I go, it will be at midnight.

If it will be midnight maybe I can get some dawn photos! Let's put it that way. 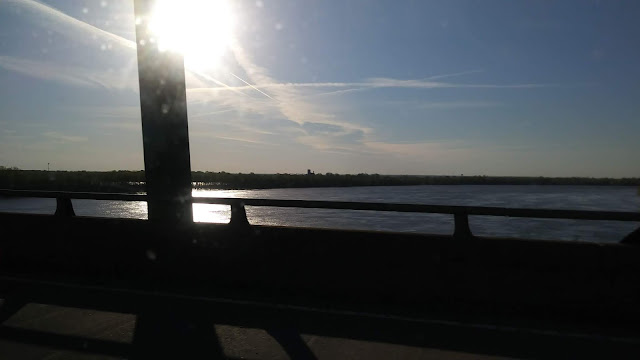 The river looks so high. it looks like it's not even that far from the bridge. 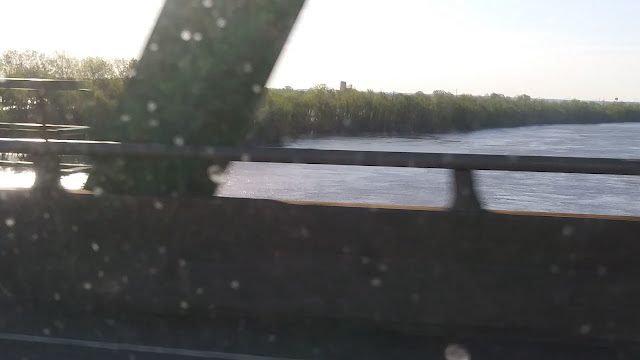 Honestly, the bridge and water does not look too far from my angle! 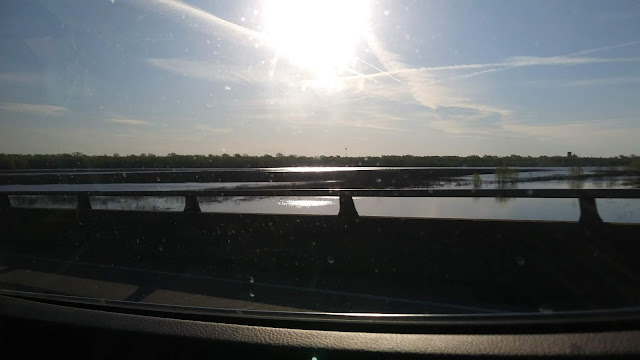 The water looks more clear in this photo. 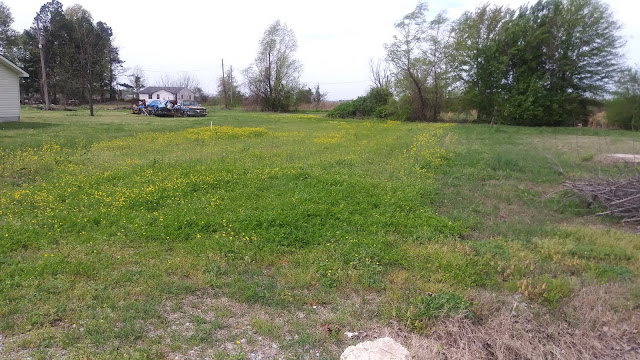 The only field I can get is the grass since corn is a summer crop. Some of these photos were taken my first day down there. 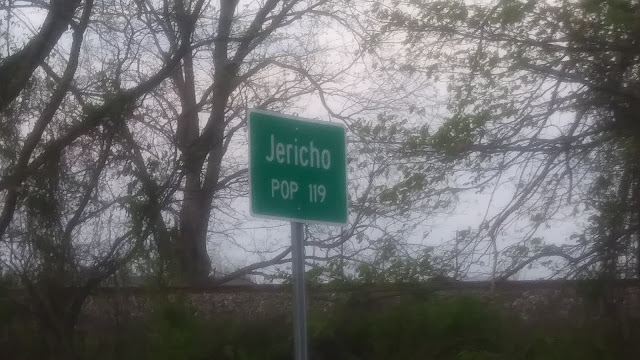 Now that's a small town. When I was in the burbs the pop there was 56K or more. 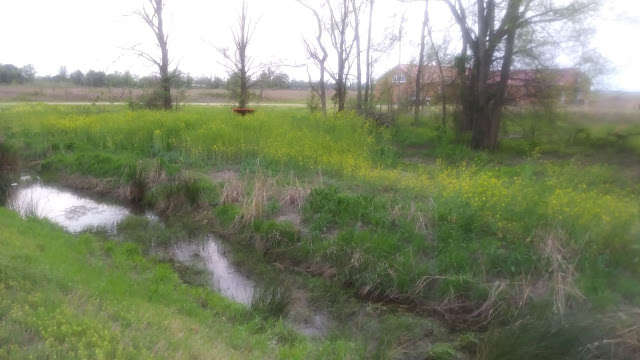 Walked down the road. Here is some church that I saw during the walk I took. 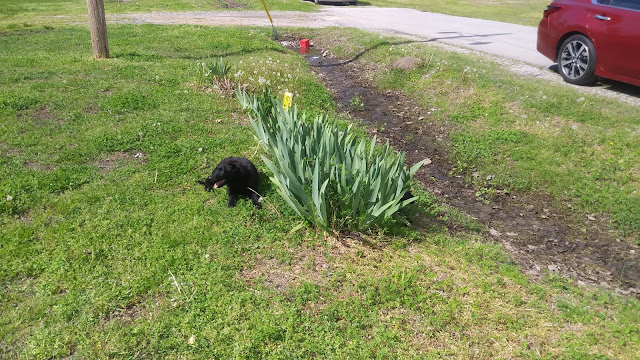 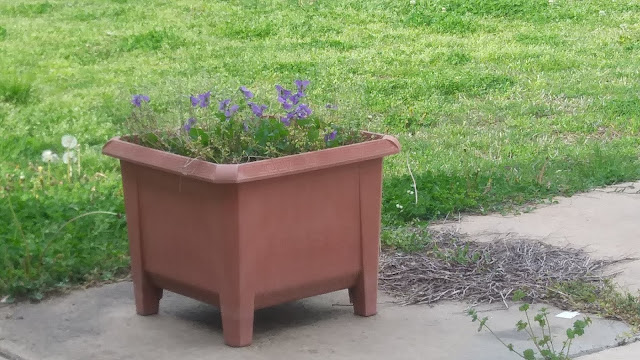 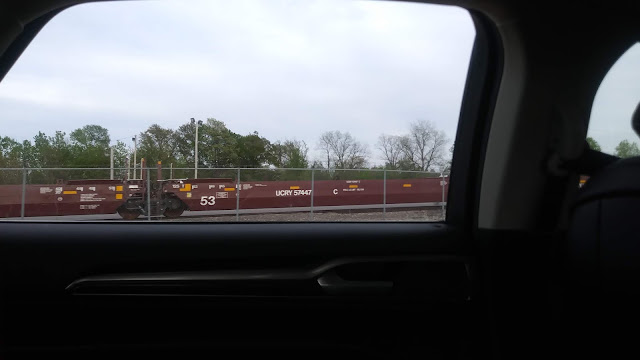 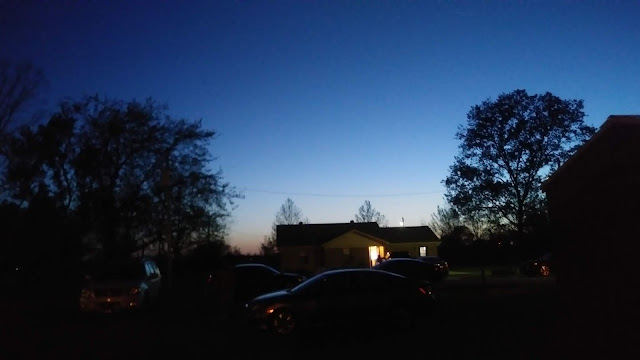 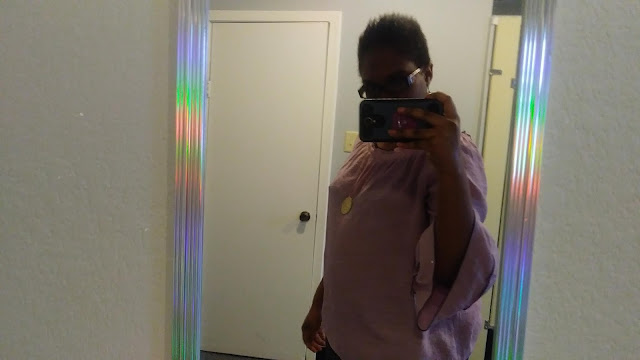 I went to a funeral and regretted it. There were WAY too many people at that church. You may have seen how small it is in previous photos that I have posted. 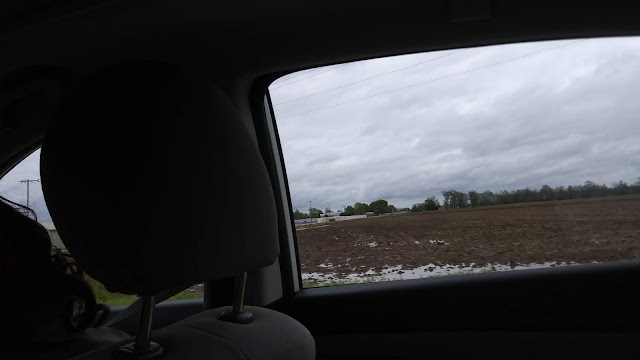 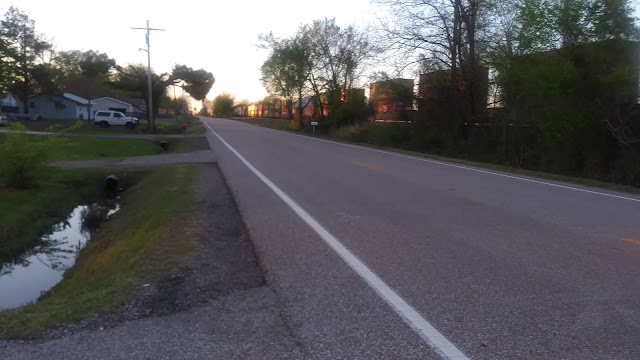 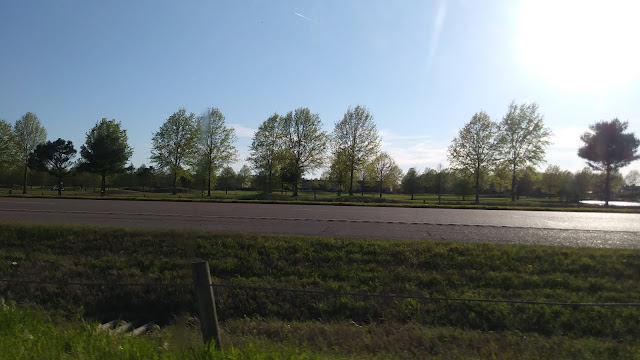 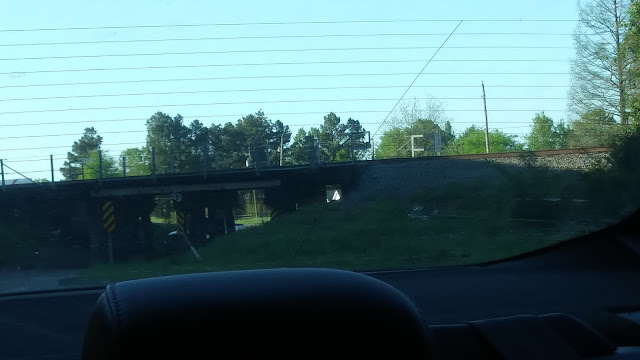 That is a small underpass. 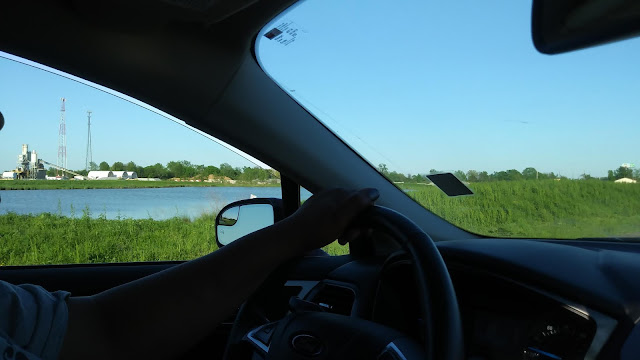 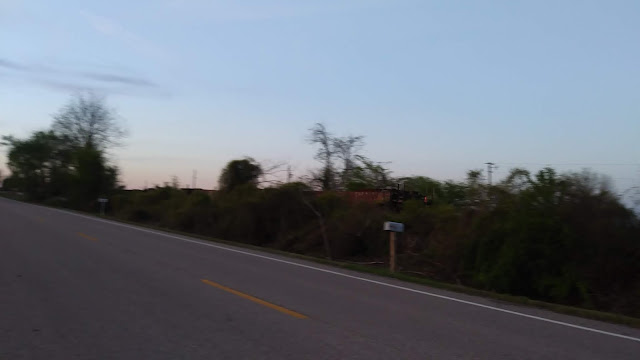 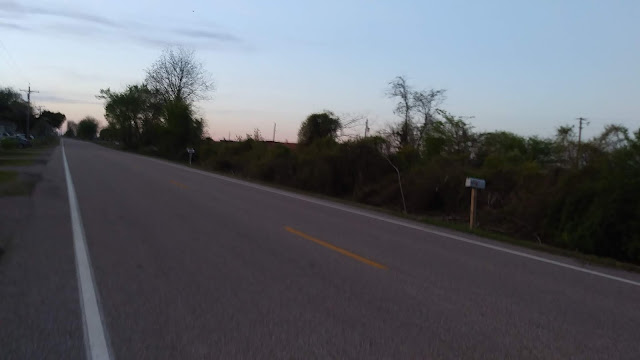 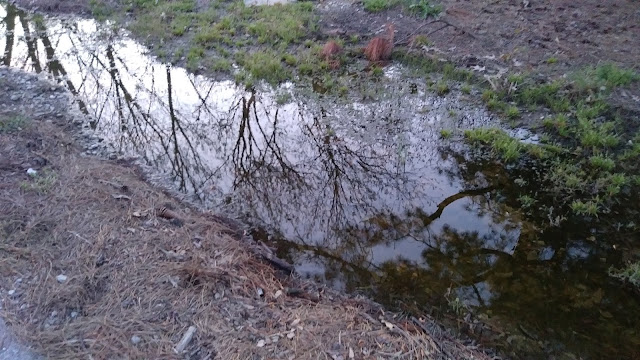 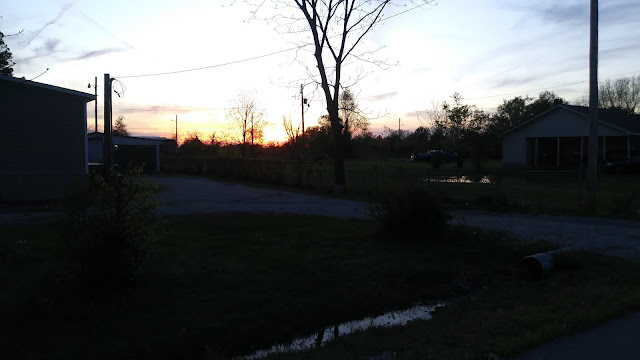 Country dusk is so amazing. How is it different than city dusk? You'll have to look at my dusk photos. You decide lol 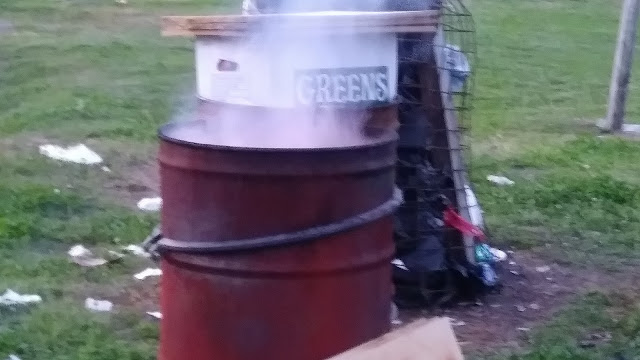 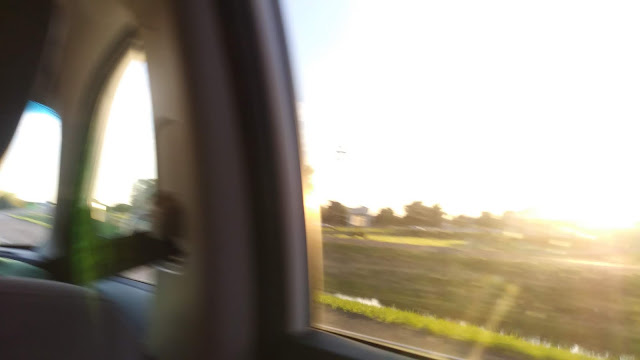 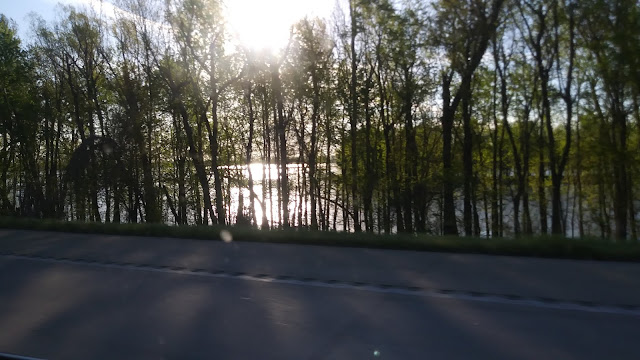 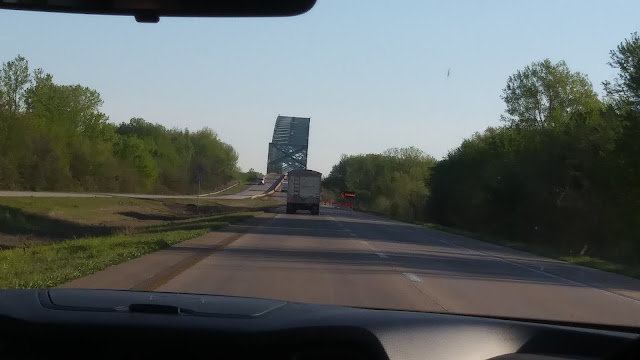 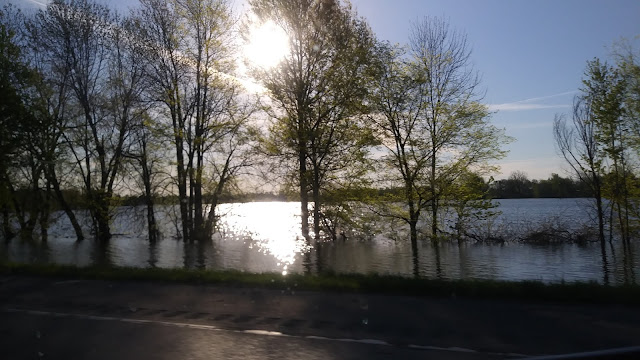 Ok there was some major flooding here. 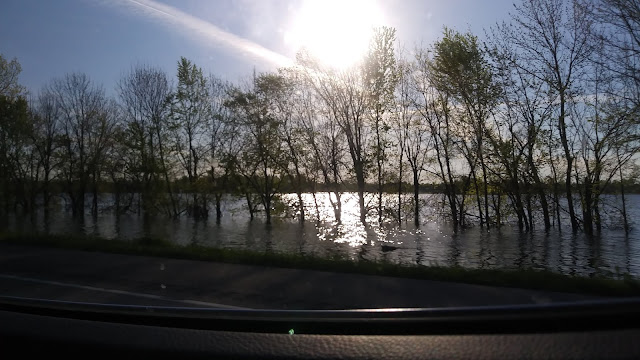 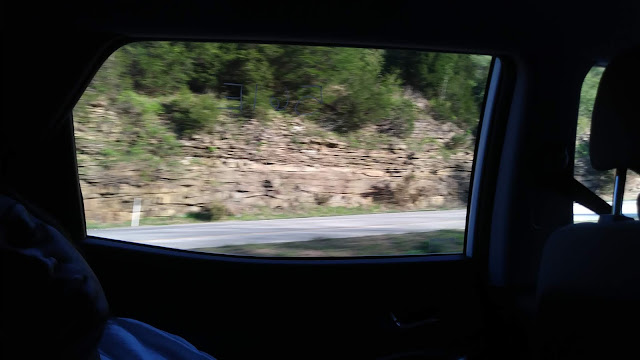 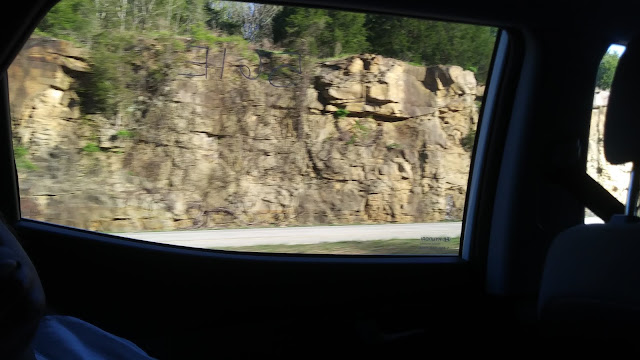 This was a little rocky wall. I believe this is seen before crossing the bridge on the way there.

I honestly like going down south but the one thing I don't like is the 8-hour drive. Depending on what part of IL you're in it takes 4 hours to get out then you're in MO for like 2 hours. This bus ride will be longer since it stops in TN.

I'd fly since that takes like 2 hours but flying is more expensive. I would take the train because at least it has a dining car and a car with a bed.  The train is less pricy than flying. My mom and I plan on taking the Greyhound bus.

I'd like to know your preferred traveling method. Car? Bus? Flying? Train? 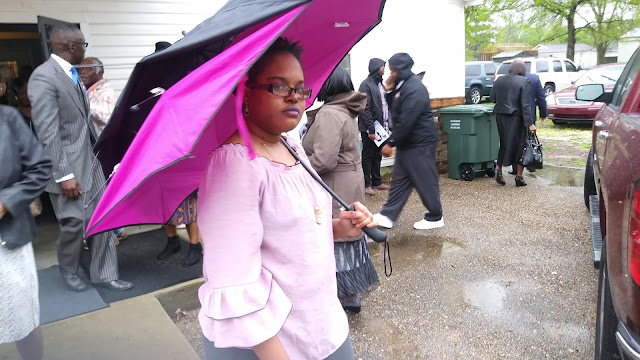 I honestly HATED that outfit. My grandpa is a wait until the last minute person and didn't think to ask his sister BEFORE we left what the attire will be. Didn't ask until AFTER we got down there and I didn't have the right attire. REALLY?!  that makes no sense to wait until AFTER you get somewhere to ask someone funeral attire!

I am not used to a small southern church because I grew up in the mid-west. I got southern vibes. Grass field.
it stopped raining.
Think of this as when your grandpa didn't think to ask what the attire for the funeral was and you have to do last-minute shopping travel apparel.